Strategic Pay were proud to work with the Public Sector Health Organisation to support the salary and the review process for 2018 and 2019, and ensure that staff received equitable and justifiable increases.


Strategic Pay helped an important client in the public sector carry out their annual salary review in the last two consecutive years (2018 and 2019). These reviews were critical in ensuring their staff received equitable and justifiable increases. There were also important remuneration issues to be addressed as part of the salary reviews. There were pre-identified gender pay gaps, gaps between like-for-like roles as well as experienced employees who had been consistently paid below the market range.

The entire payroll was made up of hundreds of employees (excluding union members) ranging from lower level support roles to executive leadership roles. Strategic Pay was approached with the aim to manage the salary and the review process.


The reviews were critical in ensuring their staff received equitable and justifiable increases whilst also taking steps to address the identified remuneration issues. A long and tedious process for the client become much more streamlines and automated with a low risk for error. Crucial to the success of the Project were high levels of stakeholder interest, and engagement with all parts of the organisation, including Human Resources, Executive Leadership, Managers and Employees. 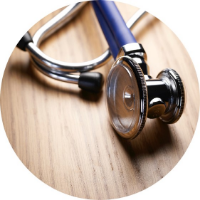